In 2019 our city was held hostage to raise taxes on insurance premiums as a consequence of our state’s recalibration of pension requirements. Mayor Fischer pushed for a quick approval of a permanent insurance tax hike. A handful of metro council members rejected this proposal and called for the Mayor to stop the “scare tactics” and move forward with them on the upcoming budget process. An increase in the home insurance premium tax rate alone, would have jeopardized the ability of low-income and fixed-income homeowners to afford their homes. This increase would have taken effect on the heels of a revaluation of property values in West Louisville and other historically Black neighborhoods. This would have drastically increased housing insecurity and foreclosures in the Black Community. The mayor responded by giving one alternative: a 35 million dollar cut to community resources including loss of a firehouse, an ambulance, two libraries, four pools and over 300 jobs. Knowing the tax increase would disproportionately impact minorities and low income families, a handful of council members were forced to accept the cuts over the challenges that our community would have faced in the wake of an insurance premium tax increase.

Here we see that our Mayor passed on the opportunity to make cuts that would have improved the lives of our citizens and instead chose to pull funding from our systems of support. Because we wouldn’t allow for gentrification through mass-displacement as a result of tax hikes, our city was punished.

One must ask, what part of the city suffered the greatest from these losses… the part past 9th street?

Currently two-thirds of the budget is directed at policing our city. LMPD and LMDC’s funding totals $200 million a year, while in comparison our Health Department sees $20 million… that is 10%.

Although we find ourselves in a financial crisis Mayor Fischer has proposed an overall increase of $3.5 million for the patrol division. Most of this will go to salaries.

How can this be, when our children faced the threat of not accessing the public library or pools last summer? When our city would rather “reopen the economy” than protect every resident from the coronavirus? What else do our children stand to lose if we fail to act?

It is unacceptable to choose police officers over our health, our safety. We must revise the Collective Bargaining Agreement with the Fraternal Order of Police (FOP) and defund the LMPD and Corrections budgets to reinvest fully into what we know we need for our communities. 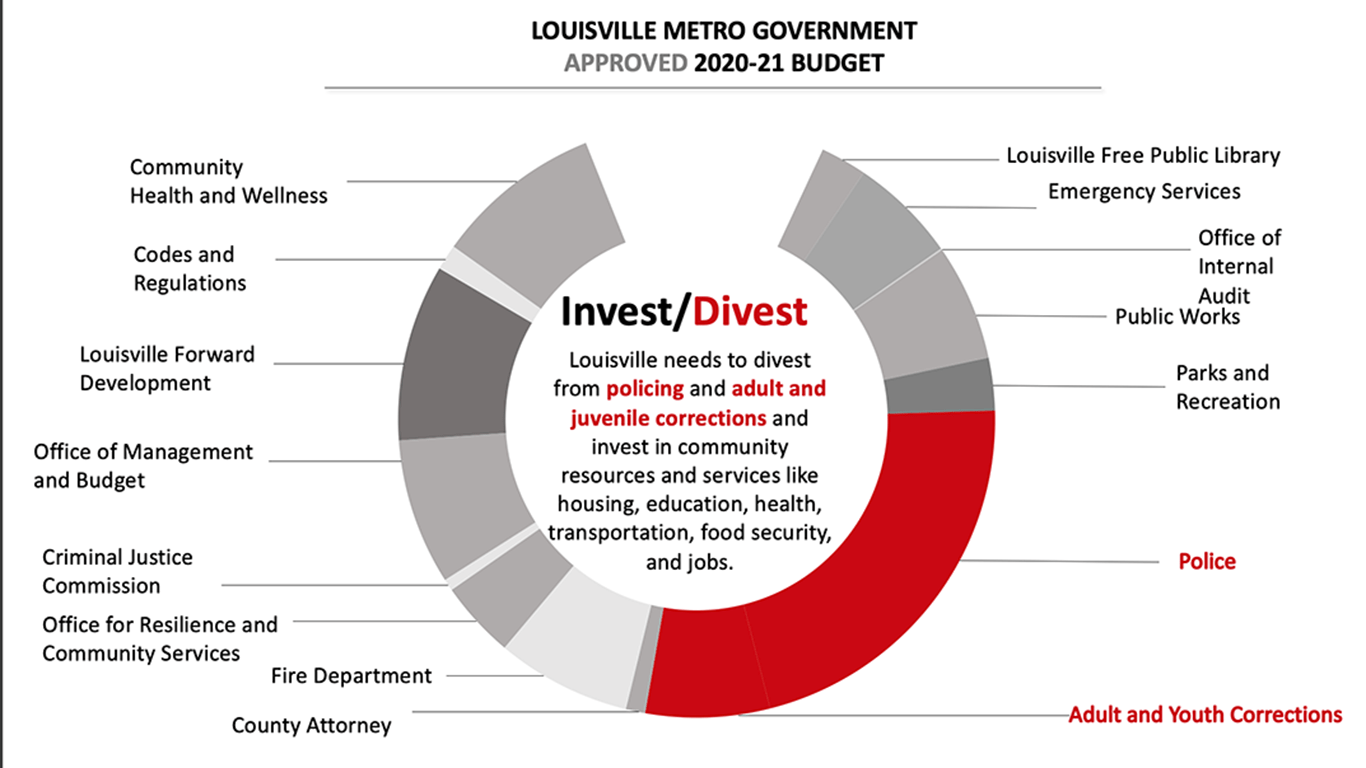 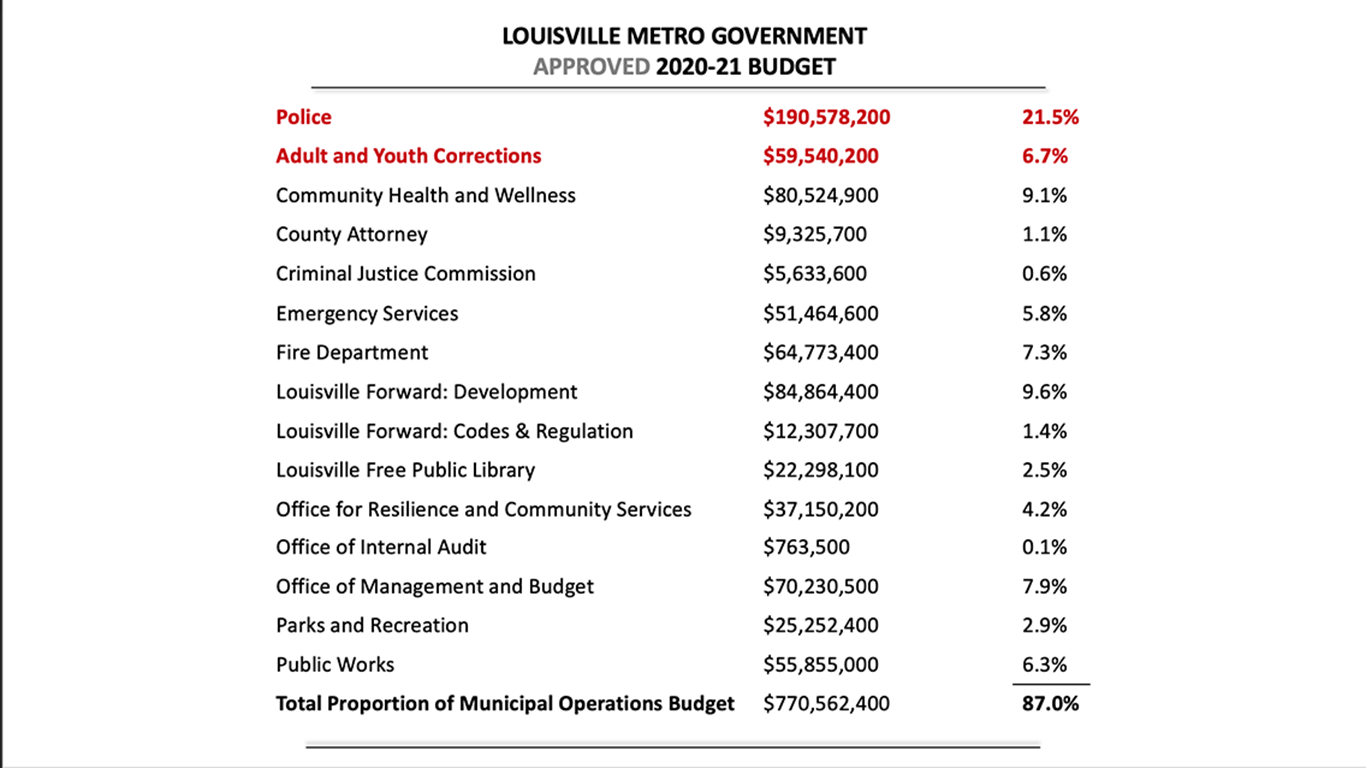 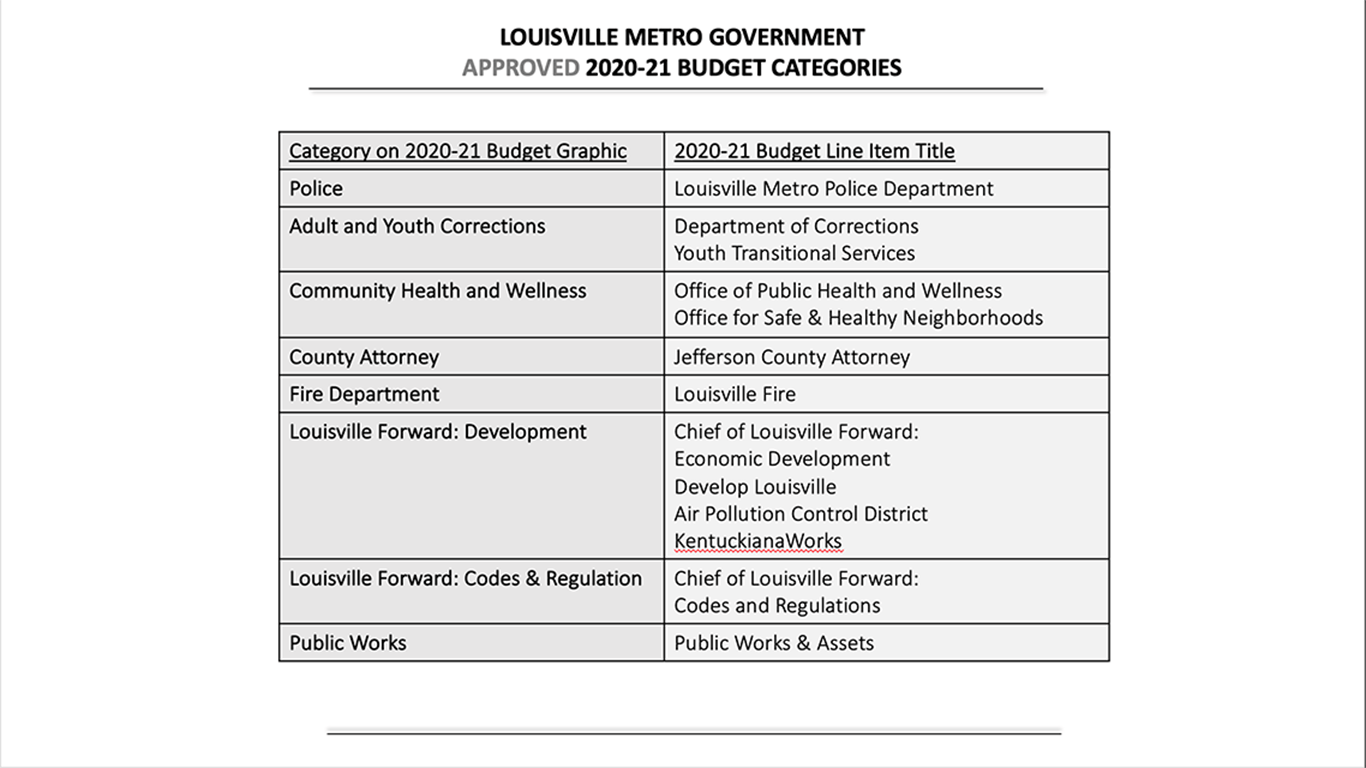